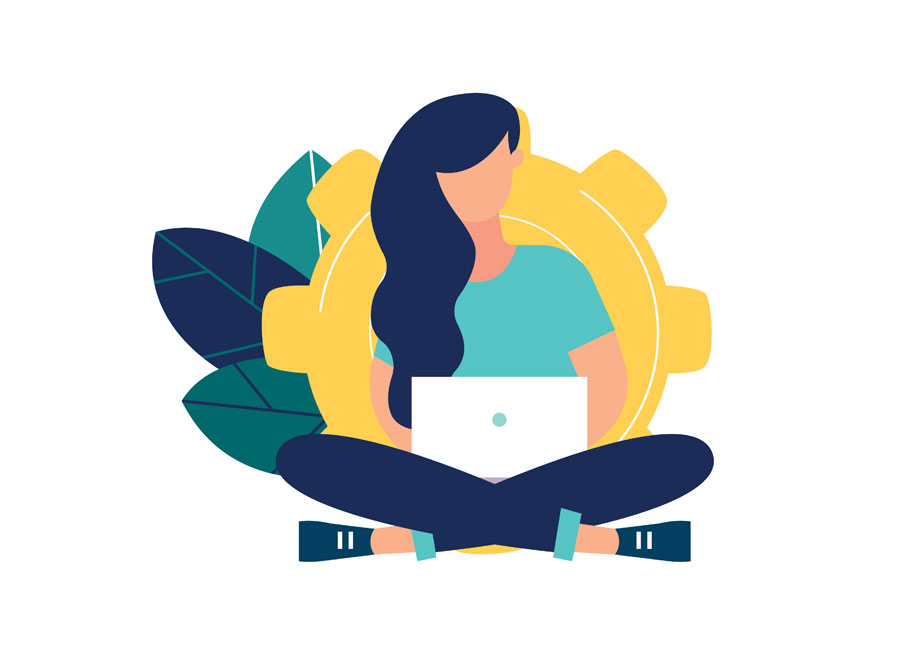 For workers, there are lots of benefits to working from home. A commute that’s ten feet instead of ten (or fifty) miles? You’d be hard-pressed to find someone to complain about that! But the perks of hiring remote workers aren’t just for the staff. There are many advantages for the company as well, including some that can be pretty surprising. 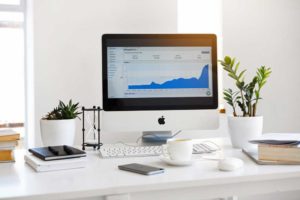 What’s the first thing that comes to mind when you imagine someone working from home? For many people, there’s an assumption that a remote worker couldn’t possibly be as productive as they would be at an office.

While this is true for some, anyone who has the right personality for remote work can end up being far more productive than even the most organized office. Working from home (or anywhere other than an office) does require responsibility and commitment, of course. But for those that are cut out for it, there are many reasons why working away from the office can actually be less distracting and more productive:

How often have you headed to the office kitchen to get coffee, and ended up in a 30-minute chat with a group of co-workers? When you work from home, getting a cup of coffee or glass of water takes thirty seconds.

Socializing in the kitchen is fun, but it also decreases productivity big-time — especially because diving back into a task involves ramp-up time when you’re away for too long.

In an office, impromptu lunch invites are a daily occurrence. “Want to go try that new pizza place for lunch?” This can turn a quick lunch break into a long, unplanned outing away from your desk.

Of course, lunch breaks are important — and remote workers enjoy going out to lunch, too. But when working from home, a lunch outing tends to be planned and part of your schedule, instead of a distracting, unexpected extra hour away that might throw off a Sprint deadline. 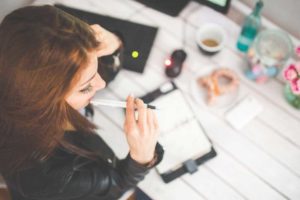 Yep, it’s true. According to research by Towers Watson, workers with less stress have higher levels of productivity and lower absenteeism. Starting each work day with an hour of traffic or being crammed into a packed subway greatly increases stress, which sets the tone for the rest of the work day.

When a worker can start their day by walking a few steps into their home office instead, they have more energy to get productive from the start — instead of feeling dragged down.

Speaking of absenteeism, remote workers take fewer days off than those who work in offices. There are a number of reasons for this. First, remote workers are less likely to spread sicknesses. This means that one person’s cold won’t result in other workers being affected too, enabling you to avoid a domino effect on the entire office.

Remote workers are also more likely to recover quicker, due to less exertion and stress. And illnesses aside, with less stress, the need to take extra days off of work isn’t as high. 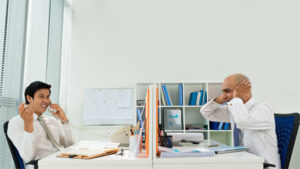 Modern offices are a parade of headphones, and not just because everyone has to hear the new Foo Fighters album right that second. Offices are loud. It can be incredibly distracting to attempt to get work done when surrounded by chatter — especially under a deadline.

Hiring remote workers enables people to work in an environment that’s best suited to their own productivity.

6. The Proof is in the Pudding

When working from an office, merely being seen at your desk is often what counts as working. When you work from home, you’re judged solely based on the work output itself. If you aren’t delivering on the tasks you’re assigned, or are taking seven hours to reply to a Slack message, it becomes noticeable much quicker.

Even in the most open of offices, people constantly send emails or Slack messages to communicate. Aside from being able to see the recipient air-drumming from the corner of your eye, this is virtually no different than communication with a remote worker.

It takes less than 10 seconds to start a meeting with GoToMeeting, Zoom, and other common (and secure!) tools. Remote workers in tech are used to having virtual Sprint Planning calls and daily stand-ups, or doing screen shares to review bug reports.

In an office, a casual kitchen conversation can end up serving as the method of conveying an important update — but it can be difficult to remember all the details. With remote work, there’s often an added layer of documentation that can be referred back to, increasing reliability.

According to Global Workplace Analytics, companies can save an average of $20,000 annually per worker by taking advantage of telecommuting. Hiring remote workers can save you big bucks on pricey expenses like office space, furniture, supplies, amenities, and more. These savings also increase productivity by freeing up funds for hiring more workers.

Having remote workers is a blessing, not a curse. Between increasing focus/productivity and lowering costs, more and more companies are starting to reap the benefits of hiring remote workers. According to a recent survey, many managers believe that close to 40% of their workforce will be remote in the near future.

Not everyone is cut out for working from home. At Mindful QA, we encourage everyone to do the process that works best for them. But when hiring remote workers, it’s helpful to take steps to ensure that your team members are right for the remote work lifestyle. The following tips can help you make the most of hiring remote workers:

For more, see our article on Seven Traits You Need to Work From Home.

For a company that hasn’t used remote workers before, the thought of doing so can feel like a stretch. But by following the above suggestions, you can do it!

Are you a remote worker in the QA field? You can check out our remote manual QA jobs and remote QA automation jobs.

If you’re a company in need of website or app QA testing services, we’re ready to show you the efficiencies hiring remote workers can bring. We also offer backup QA services for when your on-site testers are out on vacation or parental leave. Want to know more? Contact us to get the conversation started.

Wes Silverstein is the founder of Mindful QA and lives in Los Angeles. He has tested over 100 apps and websites, and regularly contributes content to the QA blog.